Starting at the Fuente del Pilar, walk down the Rascafria road.  This area called “La Colonia” is where many large summer houses and villas of different styles were built in in the last part of the 19th century by the upper middle classes of Madrid who wanted to take advantage of the fresh mountain air in Miraflores, this being very fashionable at the time thanks to the hygienist movement and “guadaarrismo”, the increasing popularity of the Guadarrama mountains

At the beginning of the walk we can see what used to be the Hotel-Casino Julia.  A few metres further on, on the opposite side of the road, on the corner of Vicente Aleixandre Street,  you can see Villa Eugenia.  This house, known locally as Villa Aspirina, was built in the 1920s by the Spanish sales representative of the company Bayer.  This plot of land was previously occupied by houses where two important Spanish doctors spent their summers at the end of the 19th and beginning of the 20th century:  Santiago Ramón y Cajal, winner of the Nobel Prize for Medicine and his friend Federico Oloriz, the father of dactyloscopy. Walking further, on the right and almost hidden by the trees, there is a magnificent house built in the neogothic style with elegant basket arches: Villa Enriqueta (1912-13).  This house was the summer residence of Julio Danvila Rivera, personal secretary to King Alfonso XIII. Continue along the right hand side of the road where there are several beautiful houses flanked by imposing fir, cedar and redwood trees. When you reach the Mirador de la Virgin and the Fuente del Tío Fracachela, opposite there is a house where Niceto Alcalá-Zamora spent his summers during the first years of the 1930’s when he was President of the II Republic.

Walking back down the road we reach some stone steps on the left. Walk upas far as Apicultura Street where, on the left, you can see a house which belonged to the Liñan family, Counts of Doña Marina, the site of the first school of apiculture. The Mendicoechea School of Apiculture was founded in 1925 under the patronage of Naricos de Liñana Heredia, son of the Count of Doña Marina, and stayed open until 1933.  A little further on in Cabezuelo Street, there is a large, slightly sinister looking house which used to be a mental asylum.

Carry on along the road until you reach the Fuente del Pino, and then walk down the street of the same name to the centre of the town admiring magnificent examples of summer residences such as the Hotel Miraflores or the Torre del Pino. 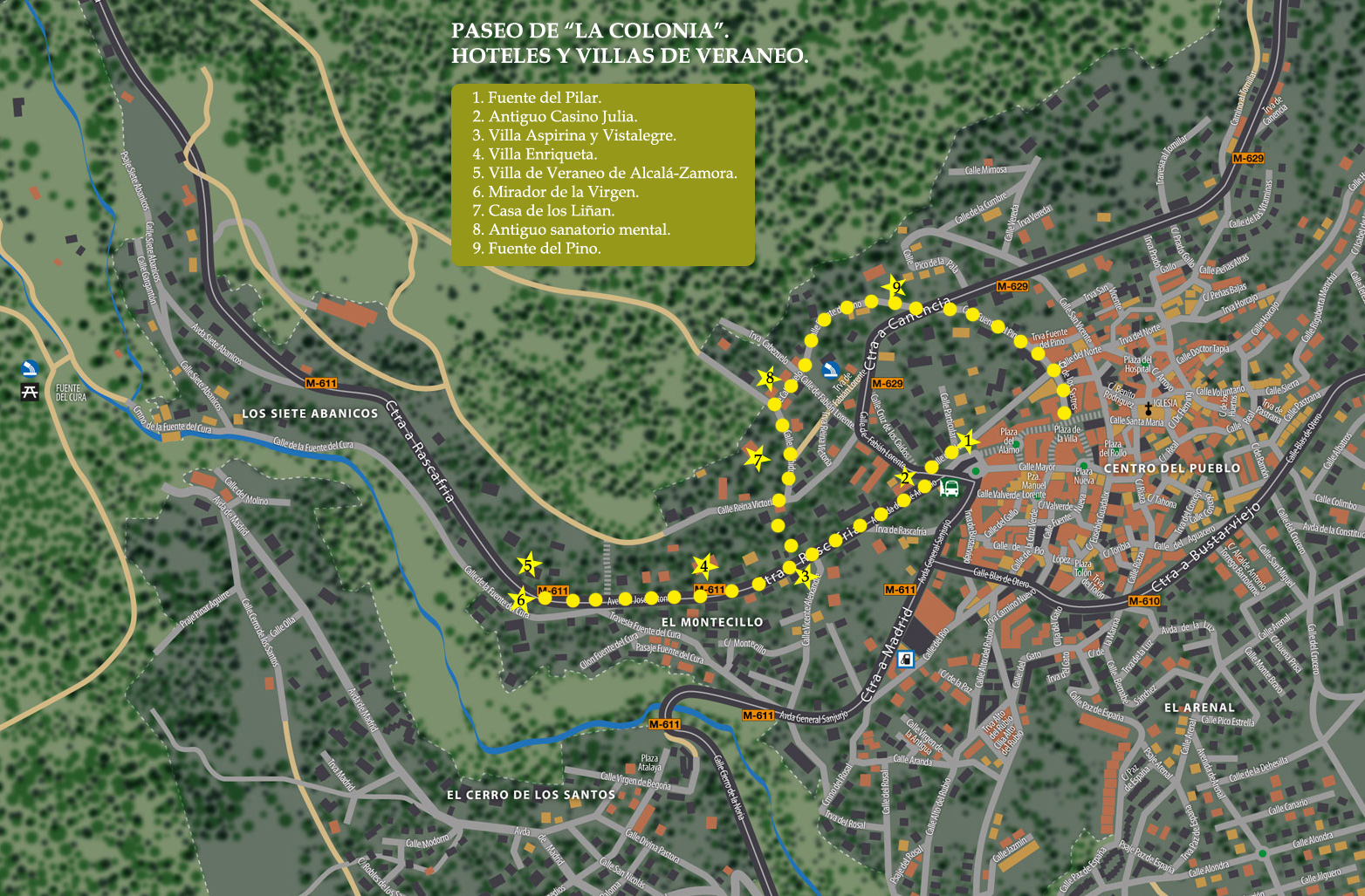 Miraflores or the Torre del Pino.

Starting from the town hall square, walk towards the Casa de la Cultura, an example of a traditional mountain house built by José ...

Starting at the Fuente del Pilar, walk down the Rascafria road.  This area called “La Colonia” is where many large summer houses and ... 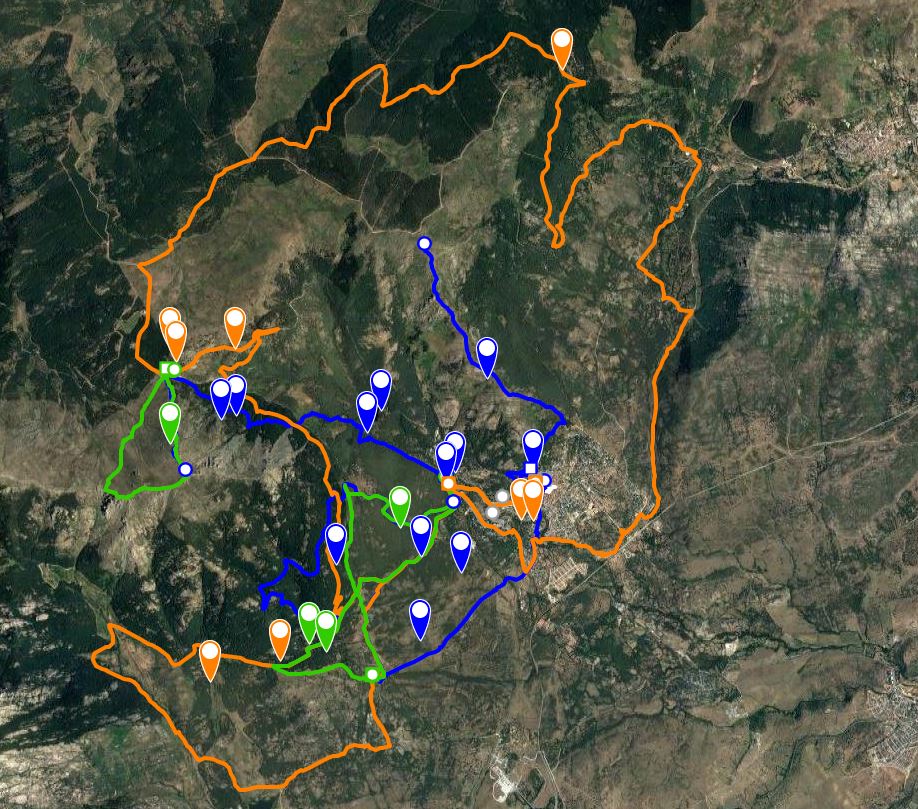